Here’s a nightmare fantasy of mine. Before long, mainstream Democrat-voting American Jews won’t be afraid to talk about the occupation. Quite the contrary- they’ll insist at social gatherings that they’ve been against it all along; they’ll congratulate themselves for cursing Bibi and Trump; ‘our Israel’, they’ll tell each other, ‘would never do the terrible things Bibi’s Israel is doing today’. How great they will feel about themselves, when their institutions can finally display with pride- We stand against the occupation!

Only it will be 50 years too late- nay, 25 years too late. Their collective voices could have been very useful during the Oslo Accords, but today, Bibi’s Israel doesn’t need liberal American Jews- it finds its solid base of support in the right-wing Orthodox, and the evangelical Christian Right. The occupation is permanent. Reform movement leader Rick Jacobs will wear an ‘I Stand Against the Occupation’ pin when he gets arrested at the Kotel with Women of the Wall- but will it matter?

American Jews will be able to congratulate themselves en masse for opposing occupation precisely when that gesture is politically irrelevant. It will soothe their consciences, and absolve them of historical responsibility for a situation they couldn’t face, and can no longer influence. And lord knows, they still won’t talk about the Nakba and Palestinian right of return.

Cringy NYT op-eds like this pave the way towards that reality. In 2018, let’s challenge ourselves and our communities to broaden the discourse, play to win, face reality and not settle for less.

So Tablet just published an awful article, ‘The Art of Christmas Avoidance: Feeling Jewish Enough to Enjoy the Spirit of Christmas in Israel’. Articles like this come out every Christmas, shaming American Jews for living in pluralistic societies and insisting that only in Israel, surrounded by other Jews, can one be comfortably, authentically, fully Jewish.

For the author, a Jew in the diaspora feels discomforted, unsettled, and out-of-place within the larger non-Jewish society. Confronted by Christmas and the many other culturally dominant rituals and behavior patterns of non-Jews, Jewishness in diaspora is visualized by the author as a neurotic and burdensome need to assert our difference, an unhappy struggle to maintain distinct from the non-Jew. In Israel, by contrast, ‘the sense of belonging is taken for granted’, one no longer has to work to maintain difference, and surrounded by other Jews in a Jewish-majority society, one can finally relax. Not needing to do anything particularly Jewish, but resting secure in the comfort that, for once, we are the majority and the Christian is a guest within our nation- this, for the author, is what ‘feeling Jewish enough’, feeling ‘secure enough as a Jew’ feels like.

Every Christmas, American Jews hear the ‘good news’ of Zionism from emissaries of the state of Israel. As this author puts it, ‘language, food preferences, traditions—everything stagnates in diaspora’- and only Israel can save Jewish identity in the modern world.

And every year it bears repeating- no, Zionists, Jewishness does not stagnate in diaspora, it is not ‘less than’, it is not insecure in itself. Jewish culture, spirituality, philosophy, and life flourished for *thousands of years* in the diaspora- long before your fledgling Maccabee-cosplay experiment was a twinkle in Herzl’s eye. Diaspora is the lifeblood of Jewish peoplehood.

Yes, it takes work to maintain Jewish particularity and difference within a larger non-Jewish society, but this does not make one ‘not Jewish enough’, ‘not secure enough’ or ‘less than’ anything. In fact, the very substance of Jewish identity, as articulated in the Torah and concretized in ritual developed over millenia, is that we are commanded to mark, perform and reaffirm our difference, to celebrate our particularity by enacting rituals that distinguish us from non-Jews. This isn’t an unhappy burden, as the author asserts; we are commanded to rejoice in it. It is the beating heart of Jewish peoplehood.

Zionism needs to hold a monopoly on Jewish authenticity, in order for its project to remain compelling for Jews worldwide. So it shames Jews all over the world into thinking that Jewish life in the diaspora is an insurmountable contradiction, a curse, and that the only way to remain fully, authentically Jewish in the modern world, is to live in a Jewish-majority society.

Articles like this come out every year around Christmastime, reinforcing the American Jewish inferiority complex, beckoning us to swallow a fantasy vision of Israel as symbol of Jewish fulfillment. This diaspora-shaming mentality is deeply ingrained in Zionism, and not surprisingly, American Jews who internalize this diaspora self-hatred tend to overcompensate by performing the most unflinching, uncompromising support for Israel’s policies at all costs.

Normally, the gospel announced by these Zionist emissaries is that in the diaspora, Jews will assimilate into non-Jewish society, will lose all desire to remain Jewish, and only in Israel can Jews maintain their difference. In this particular article, however, the argument is reversed. Only in the diaspora, the author asserts, do we have do to the tedious work of maintaining our difference, while in Israel we can drop all pretenses, assimilate, and stop working so hard to remain Jewish. The ‘authentic Jewishness’ coveted by the author in Israel is ‘mundane’, as she puts it, in the truest sense- it is a simple, effortless, normalized national identity. One feels ‘fully Jewish’ in Israel like a Frenchman feels ‘fully French’ in France. For the author, this is what our ancestors envisioned when, for generations, they prayed, with tears in their eyes, towards Jerusalem; it’s really as simple as that.

But this is actually a mockery of what makes Jewishness special. For thousands of years, our cultures have flourished precisely through the hard work of maintaining distinctiveness, while also dynamically cross-fertilizing with the cultures around us. Living for millennia across Europe, the Middle East, North Africa and around the world, the vibrancy of Jewishness has come from the creative tension generated by dwelling amongst others, influencing and being influenced by the larger non-Jewish world.

Granted, the problems of assimilation in the modern world are real. Ever since the Haskalah (Jewish Enlightenment), modern Jews have been grappling with how to maintain vibrant Jewish peoplehood in pluralistic, individualist modern societies. The internal structure of Jewish communities changed drastically under the liberalizing pressures of the modern, secular world, and like many other cultures, much has been radically transformed, and much has been lost.

But is Zionism- the move to close ourselves off in an all-Jewish society, to live by the sword, and to lord over another people- really the answer to the challenges posed to Jewishness by modernity? Does Israeli Jewish society- dominated by an Ashkenazi elite, addicted to occupation and the racism it engenders, ruptured by religious antagonisms, lurching towards fascism- really represent the apotheosis of Jewish peoplehood, the consummation and deepest flourishing of our culture and life?

I’m sorry writers like this don’t feel ‘Jewish enough’ outside Israel, but that’s their problem, and it’s a sentiment utterly foreign to Jewish history and memory. Living amongst others, navigating our relationship to those others, transforming and being transformed by them, while maintaining a strong sense of our own identity and community- this is what has defined and animated the Jewish experience ‘from time immemorial’. The modern world continues to pose many questions and challenges to Jewish peoplehood, but conjuring up a nation-state of our own to rescue and normalize us is hardly a worthy answer to these questions. It’s a wish-fulfillment that grows more destructive every day, not only to Palestinians, but to the Jewish soul as well. 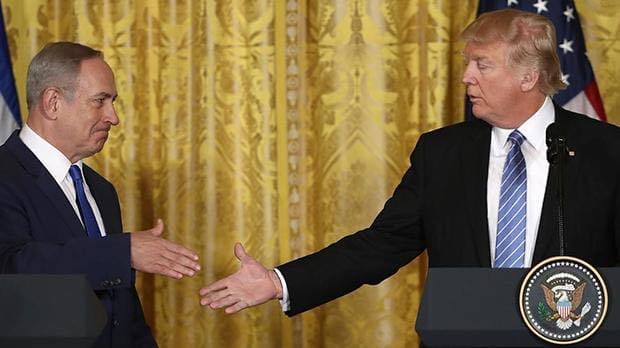 Today, what Hellenization looks like for the Jewish people is Zionism, and complicity in Empire and white supremacy.

The notion that the Land of Israel is real estate, that the Torah is our deed of ownership, that the Jewish people were, for over 2,000 years, little more than a nation-state in waiting, and that now, with the state of Israel and its capital Jerusalem, we have blossomed into our true stature as ‘a nation like all other nations’;

The notion that militarism represents our pride and glory as a people, and that Jewish identity requires little more than cheering on the state of Israel, as one would a football team;

The notion that our self-determination and safety as a people can be won through allying with the Trumps of the world, the might and power of American empire, the white evangelical movement, and the forces of Christian hegemony more broadly-

These, and so much more, are the creeping forces of modern-day Hellenization that have worked to fundamentally warp our identities, our institutions, our communities. This worship of power, of Edom, of survival at all costs; this readiness to forego solidarity, to forget our histories, to mimic the oppressors of the world and inflict oppression upon the powerless.

Unlike the Maccabees, let us not zealously demand a return to any ‘fundamental’, true or pure Judaism- these notions of authenticity are ultimately as oppressive as those which we struggle against.

But like the Maccabees, let us not be afraid to name, call out, uproot and smash the forces of assimilation, self-deception, falsehood and corruption that threaten to destroy the body and soul of the Jewish people, from within.

May we ensure that this self-replenishing flame of justice and internal critique burns brighter in our day, and in days to come, and may the forces of wickedness be banished from the earth!

Welcome to Doikayt! This blog is about: radical Torah; fighting fascism and racism in the US; the Israel/Palestine conflict; Jewish history and identity; Yiddishkeit, and more.

The word ‘doikayt’, meaning ‘hereness’ in Yiddish, was the slogan of East-European Jewish socialists- we must struggle, with feet firmly planted where we stand, for the liberation of ourselves and all other people.

חזק חזק ונתחזק- Be strong, be strong, and may we strengthen one another!

My name is Ben Lorber and I’m a writer, organizer, musician and radical Jew. Here mostly to smash fascism, raise the sparks, sing and bring Moshiach.
I make weird folksy music as Narrow Bridge- check out my Bandcamp! I live with my lovely partner and two cuddly cats in Chicago, Illinois.
This blog is where I put my political diatribes, philosophical musings, spiritual ponderings, and reflections on Jewish identity, history and more. It also houses occasional guest posts from comrades and chaverim.